Venezuela is a country that has struggled with rapid population growth, an explosive urban migration, and serious economic inequities. It is in the midst of a protracted socio-political crisis, resulting in institutional instability and frequent turnovers in local political leadership.

The State of Sucre

The Turimiquire mountain range is located in the state of Sucre, on Venezuela’s northeastern Caribbean coast. The state capital is Cumaná, site of an early continental landing by Christopher Columbus.

The state of Sucre is a region of chronically unmet human need, particularly in the areas of health and education. Many rural families live far from roads and electricity, schools and hospitals. Lack of access to these public services undermines their efforts to improve their lives and develop sustainable livelihoods, leading to widespread migration to the cities, whose infrastructures cannot handle indefinite growth. 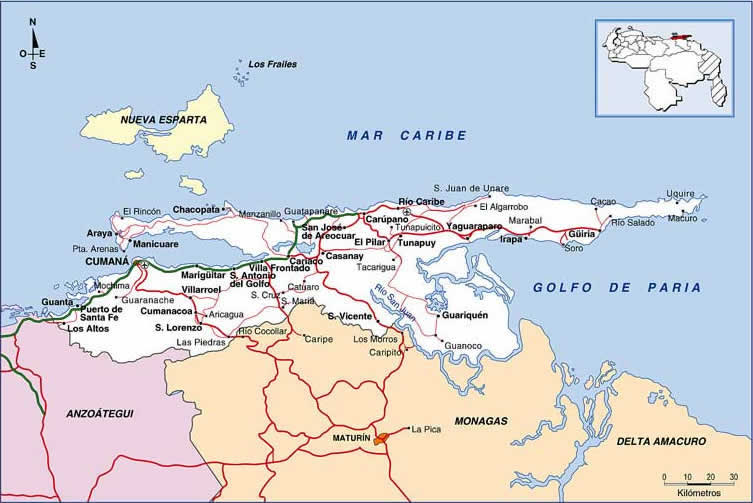 Located on the eastern coastline of Venezuela, the state of Sucre is noted for its Caribbean climate and culture (click here to view a larger map).

Sucre’s undeveloped and largely rural nature makes it similar to the Appalachian region of the United States. The state is well below the Venezuelan national average in every major social index. According to the Informe Sobre Desarrollo Humano en Venezuela,* it placed 19th out of the 23 Venezuelan states with respect to human development and quality of life.

* Compiled in 1995 by the Venezuelan Government in conjunction with the U.N. Population Fund and Development Program.